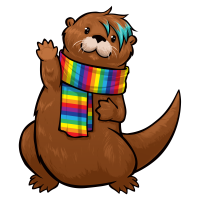 In the Mozilla Diversity and Inclusion panel last week, one of the presenters said that when they were editing a Code of Conduct, they would “always read it with a victim’s mindset.” The use of the word “victim” was particularly jarring to me.

The person meant that they were reading through a Code of Conduct with the mindset of someone who had experienced trauma and needed to make a report. Centering the needs of people who are from under-represented groups who are likely to face harassment or discrimination is important. However, I believe that there are broader, more inclusive words to use than “victim.”

This blog post explains my rationale for moving away from the terms “victim” and “harasser,” toward more neutral terms of “a person who reports a Code of Conduct violation” (“the reporter”, for short) and “the reported person.”

There’s a long history of using the terminology “victim” and “harasser” in Codes of Conduct, especially in technical and Free and Open Source (FOSS) communities. The push for technical events to adopt a Code of Conduct in 2010 came after many years (decades, really) of sexual harassment and assault at events being swept under the rug. The early Code of Conduct language took a clear stance against sexual harassment, while also giving a nod toward addressing other forms of discrimination.

From “Victim” to “Reporter”

There are a lot of connotations that come with the word “victim.” Wordnik definitions of victim range from “one who is harmed or killed by another” to “one who is harmed by or made to suffer from an act, circumstance, agency, or condition.” In both of these definitions, there’s a sense of helplessness, of being unable to stop or deal with the harm caused by another person. Many people therefore prefer the term “survivor” when describing themselves because it gives them more agency, more control over the situation and their healing process. Some people might not identify with survivor or victim terminology.

The connotations of the word “victim” don’t necessarily apply to every Code of Conduct report. To give a personal example, earlier this year I was standing at an event registration table with pronoun stickers. Someone said to their friend that ‘they/them’ pronouns were ‘made up language.’ I felt anxious about being around a person who didn’t support non-binary people, so I left the area. However, I wouldn’t consider myself a “victim” of “harassment.”

The person’s refusal to accept ‘they/them’ pronouns (thus denying my non-binary gender identity) is against the Code of Conduct. Their words certainly made me feel unwelcome, uncomfortable, and unsafe at an event on the basis of my gender identity. However, putting on the label of “victim” in order to make a Code of Conduct report feels like a very high bar. Will I have to explain to the event organizers what being non-binary means? Will they have the lived experience or learned empathy to understand why an overheard statement (not even directed towards me!) should be considered “harassment?”

In the end, unless I knew the Code of Conduct enforcement team personally, I probably wouldn’t report this. It’s just another reminder that most people assume gender is binary. I face these reminders several times a day at a typical event. After the event, I’ll take stock of the damage. If there are a lot of these smaller incidents (or major incidents), it’s not worth my mental health to come back. The event (and its attendees) just aren’t inclusive enough.

Lack of trust and unreported issues can lead to toxic situations where people are constantly feeling unwelcome and powerless. No one brings up issues until something finally pushes the situation to explode. Explosive situations are incredibly draining for Code of Conduct enforcement teams and everyone involved. That’s why it’s better to address smaller issues sooner.

Additionally, it’s helpful if the community knows that the enforcement team handles a wide variety of issues. A person who fears public backlash may be reluctant to make a report if they think every report results in a ban from the community. If they understand that some Code of Conduct reports can be addressed with a simple warning, they may be more likely to report.

It’s essential that people who are from groups underrepresented in your community feel comfortable making a Code of Conduct report. Which groups are underrepresented will vary from community to community. To use one example, the PyCon 2018 U.S. Code of Conduct says the conference is “dedicated to providing a positive conference experience for everyone, regardless of age, gender identity and expression, sexual orientation, disability, physical appearance, body size, ethnicity, nationality, race, or religion (or lack thereof), education, or socio-economic status.”

Event organizers who are dedicated to providing a positive event experience know that they need to make their event inclusive. People shouldn’t feel marginalized, unheard, or face constant reminders that their identity is not considered “the default.” Subtle behaviors that cause people from under-represented groups to feel unwelcome are called microaggressions.

For example, event vendors who provide free t-shirts are most likely to pick the cheapest t-shirt style option available. This is typically a ‘unisex’ shirt. The term ‘unisex’ is misleading, because these types of shirts are much more likely to fit men. ‘Unisex’ or ‘mens cut’ or ‘straight-cut’ shirts are not likely to fit slimmer people, shorter people, or people who have larger bodies or curves.

The person picking out the ‘mens’ t-shirt style may not be prejudiced against women, but they are making a conscious or unconscious choice about which gender will wear their shirts. The impact of that choice could be a woman feeling disheartened and unwelcome after looking at row after row of event vendors with t-shirts that don’t fit them.

While this example is very subtle gender discrimination, women face many of these kinds of microaggressions at events where they are gender minorities. Microaggressions add up over time, taking a heavy emotional toll.

It’s very important that Codes of Conduct enforcement teams deal with microaggressions promptly. Sometimes a simple warning is all it takes to correct the situation. Other people may constantly push boundaries. If they’re asked to stop one inappropriate behavior, some people will test whether they get called on a new inappropriate behavior. Inappropriate behavior may be ramped up over time to avoid immediate consequences. Removing or banning a persistent boundary pusher may be the best solution for your community.

From “Harasser” to “Reported Person”

In my experience, there are people who violate a Code of Conduct and don’t intend to harm another person. When a person’s identity is the default (such as being White or able-bodied), they may not understand that their actions cause harm. The person may be unaware that their language or behavior causes people from groups underrepresented in the community to feel anxious, unsafe, invisible, or worthless.

However, their behavior still causes harm. People with “good intentions” or who are “just ignorant” can and do cause harm. The job of a Code of Conduct enforcement team is to ensure that the harm stops, regardless of intent.

That’s why I’ve shifted towards language like “reported person” rather than “harasser.” It removes the burden of proof of intent. Instead of asking whether the person intended to harm another, the enforcement team can instead ask, “After we talk to this person, are they likely to repeat the behavior?” If it’s unlikely they’ll repeat the behavior, a simple warning might suffice. If the team is concerned that the person will repeat the inappropriate behavior, then a stronger response might be called for, such as a temporary or permanent ban.

Moving away from “harasser” also broadens the scope of what’s considered a Code of Conduct violation. It allows enforcement teams to consider complex situations where people’s identities intersect in a diverse space. Let’s examine something that happened to me at a conference this year as an example.

A person sat down with me at a conference lunch and said, “Hello, Miss Sharp.”

I had a spike of anxiety at being misgendered (assumed to be a woman when I’m not). I mumbled, “It’s not ‘Miss’, it’s ‘Mx’. I’m non-binary.” They made a noise, and largely ignored me for the rest of lunch.

Later, the person came up to me and said, “I want to talk about what you said at lunch.” My anxiety levels spiked again, because I was worried they wanted to have an argument about my gender identity. I carefully nodded, evaluating my exit routes. They said, “I’m sorry, but I’m hard of hearing. I could tell you had corrected me about something at lunch, but I couldn’t tell exactly what you said. It made me uncomfortable, so I didn’t talk with you at lunch, and I apologize. Could you tell me what you said?”

At that point, I was very relieved. I explained that I am non-binary, and that ‘Mx’ is a gender-neutral alternative to ‘Ms,’ ‘Mrs,’ or ‘Mr.’ They apologized for misgendering me. I thanked them for talking with me, and I apologized for not speaking more clearly. We shook hands, and both left feeling more supported.

Although this situation has a happy ending, it could have ended poorly. I might have felt unwelcome due to being misgendered, and the other person could have felt unwelcome because their disability wasn’t accommodated. Neither of us would have been a ‘victim’ nor a ‘harasser.’ There was simply unwelcome behavior on both sides (not speaking directly to a person who is hard of hearing and misgendering a non-binary person) that needed to be corrected.

Shifting away from “victim” and “harasser” to “reporter” and “reported person” broadens the scope of a Code of Conduct. The only place where this new language might cause confusion is when a person reports inappropriate behavior that wasn’t targeted at them.

One example would be a White person overhearing a racist joke about Black people. A racist joke has the impact of re-affirming White supremacy, whether or not a Black person is around to hear the joke.

I want to acknowledge that there are people who do feel like “victim” and “harassment” are appropriate terms to use in their Code of Conduct report. However, widening the scope of our language ensures that everyone feels comfortable reporting behavior that makes them feel unwelcome.

By changing the term “harasser” to “reported person,” we widen the scope of the Code of Conduct to include microaggressions. The term also acknowledges that people with different identities protected by a Code of Conduct can still cause harm to each other. By moving away from “victim” to “reporter,” we allow people who don’t identify with the “victim” label to still feel able to report behavior that makes them feel unsafe or uncomfortable.

If you’ve enjoyed this blog post and you’re a part of a Code of Conduct enforcement team, please consider hiring me to train your team!

Otter Tech offers an online Code of Conduct Incident Response Workshop. The workshop uses role-play to help enforcement team members to practice calm and firm responses to Code of Conduct incident reports. This is especially useful for new team members who haven’t experienced giving a Code of Conduct report or following up with a reported person. Practice in taking a report and dealing with inappropriate behavior is essential to ensuring your community is inclusive.